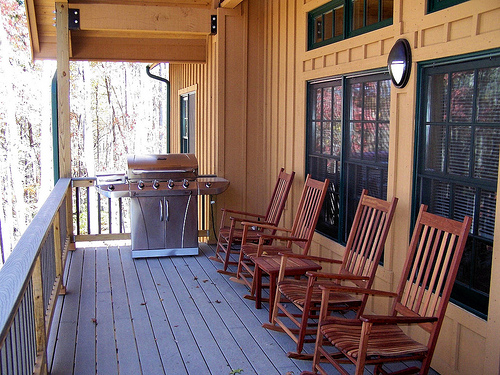 How much unpaid rent can a landlord of a commercial property collect against a tenant who has fallen into default? Arlington attorney John G. Kelly explored this issue in his blog post, Acceleration of Rents: Part 1, How to Ensure It’s Enforceable? Acceleration of Rents provisions typically give the landlord the right, after default by the tenant, to demand the entire balance of the unpaid rent under the lease paid in one lump sum. Without such a term, a Virginia landlord is only entitled to possession of the premises or to collect each rent payment as they become due. The landlord has no duty to mitigate his damages by re-letting the premises unless such is required by the terms of the lease. Kelly’s post shows that although this is a significant issue, there haven’t been many Virginia case opinions guiding landlords, tenants and their advisors. Kelly discusses a 1996 Virginia Circuit Court opinion that acceleration of rents provisions are enforceable unless they constitute a “penalty.” This reflects a concern that a landlord may be unjustly enriched if it receives accelerated rents under the defaulted lease and rents from a new tenant for the same premises. In the country there is an expression, “Pigs get fat, hogs get slaughtered.” As we will see, this principle may carry weight even when there is no affirmative duty to mitigate damages.

In September 2013, a new federal court opinion illustrated how acceleration of rents provisions may be enforced against tenants. A Federal Judge sitting in Lynchburg, Virginia awarded accelerated rents as damages arising from default of a lease of a nursing home property.  Landlord Elderberry owned a 90-bed nursing facility in Weber City in Southwest Virginia. Elderberry rented it to ContiniumCare of Weber City, LLC to operate the nursing home. Continium continued to pay rent until March 2012. Three months later, the Virginia Department of Health & Human Services terminated the nursing home’s Medicaid Provider Agreement. Elderberry terminated the lease by letter in August 2012. Continium then vacated the premises. The property required substantial repairs and renovations for further use as a Medicaid facility. In January 2013, Elderberry re-let the premises to Nova, a new nursing home tenant.

The parties litigated this case heavily through extensive motions practice, discovery and a multi-day trial. Today’s blog post focuses on the Court’s interpretation of the acceleration clause provisions in the nursing home lease. The tenant asserted that the acceleration of rent provision was not enforceable because it constituted an impermissible “penalty” above and beyond fair compensation for actual damages.

Elderberry did not have a legal obligation to mitigate its damages. The landlord nonetheless gave the tenant credit for rents already collected from the new tenant and scheduled to be paid in the future for the term of the prior tenant’s lease. In addition to other damages, the Federal District Court awarded Elderberry $278,228.58 in unpaid rent up until the replacement tenant began paying rent and $125,857.04 in shortfall between the two leases. The court observed that the landlord’s efforts to invest its own funds into repairing and remodeling the premises mitigated tenants’ damages and returned it to functional use to Medicaid patients faster.

To secure a new lease, the landlord provided to the new tenant $588,708.60 in working capital above and beyond renovations and replacement furnishings invested in the premises by Elderberry. The defaulting tenants complained that Elderberry would receive a windfall if awarded both this working capital and the rent shortfalls. The Court observed that the landlord is entitled to rent increases under the new lease based on the amount of working capital provided. However, the shortfall is adjusted accordingly to prevent any windfall.  The Court found the working capital to be a necessary incentive to a new tenant to take over the space and begin making rent payments mitigating the damages.

Retail leasing attorney Ira Meislik observes in his blog that the modern trend is for courts to interpret leases less like land conveyances and increasingly like commercial contracts. See his 2012 post, How Much Can a Landlord Collect from an Evicted Tenant? Elderberry illustrates how even in “land conveyance” states like Virginia, reasonable efforts to mitigate damages can facilitate the collection of the balance of accelerated rents. Avoiding unnecessary windfalls is a principle that underlies both mitigation of damages and the prohibition against penalty provisions in leases. In this case, the landlord re-let the premises before trial but after filing suit against the tenants. Like in many cases, the facts continued to develop after the lawsuit began. By adjusting their trial strategy to give a re-letting credit, Elderberry avoided asking for damages that tenants could easily argue were a windfall and hence a penalty. It is not clear whether Elderberry will actually collect all or even some of this judgment, but they did avoid getting “slaughtered” at trial.

The Defendants appealed the Western District of Virginia’s award of damages, and as of this blog post the Elderberry case is now on appeal before the U.S. Court of Appeals for the Fourth Circuit.

photo credit: pcopros via photopin cc (photo of a Lodge in Scott County, Virginia [same county where Weber City is situated]. Does not depict premises discussed in blog post)

"Is This a Film?" Video Within Video in the Justin Bieber Deposition